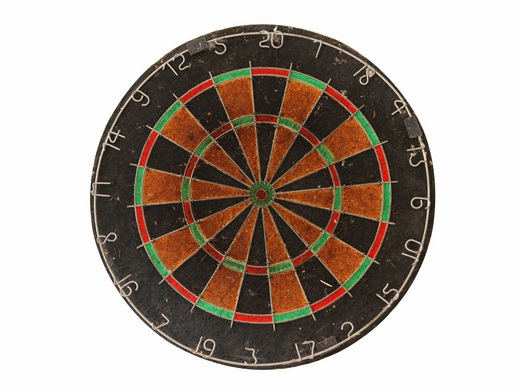 Yes, we ARE still doing this!

The home side was in their comfort zone on this evening as they settled this fixture early, securing the win with ease before the Singles were done.

RR must have known they were in for a challenge as well, as they fell quickly into an 0-5 hole after the first 2 rounds, still without scoring their first check. Then, Alex and Brendan won 2 of the first 4 Singles to keep them alive. Unfortunately for the Rottens, Vivek and Paul were waiting in the 5th and 6th slots, to hammer home the win.

Standouts for the RR included the aforementioned Alex and Brendan (4 checks each), and Ollie chipped in with 6 triple-digit scores. FS was led by the usual suspects Paul and Henry (6 checks and 7 tons)

Mabuhay All-Stars 8-6 over Those Guys (@Phattys)

What's notable about this match-up is that some damn good darts was played. Mabuhay hit 27 tons, while Those Guys weren't far behind with 24. Of those, there were 4 180s thrown and Raymond even tallied a stunning 151 high check for the home side! But, on this day, one of the sides sadly had to lose.

Even still, until the end, it wasn't clear at all who that was going to be-- there were several lead changes in the back-and-forth match, as TG led 3-2 after the first 2 rounds, and 6-5 after splitting the Singles matches evenly. Subsequently, however, some kind of switch was turned on with the All-Stars, as they swept the last 3 Doubles -- only dropping 2 legs -- to steal the 3 points!

180s were flying, with Mario, Raymond and Ron Louis Falcon hitting them for All-Stars, and Derek answering with one for the visitors.  Key players: TG Maddog Jones 8 tons and 3 checks, Big Pete with 8 tons and 6 checkouts. Mabuhay: Raymond chipped in 3 checks and 3 more tons in addition to his 180 and high check.

Man of the Match: difficult in so balanced a team effort, but we'll go with Super Mario for getting 3 team wins along with his 180, 5 checks and 4 tons.

Every so often comes a shock. Brix witnessed one on Tuesday night as BR won their first game of the Spring Season against table toppers Saigon. The game was done and dusted by the end of singles play with the score standing at 7-2. Saigon, perhaps under-performing, but at full strength, were powerless to stop the BR wave!

The singles round started off with the two big guns. Red took on Cuong. In a close and high quality match Red managed to secure a 2-1 victory assisted by a 180 and 19 dart fast finish. BR then followed his lead taking 4 out of the next 5. Saigon only seeing Kevin chalk up a singles win.

The relief, joy and slight disbelief felt by BR was clear and obvious to see. The last doubles rounds went Saigon’s way (2-1). Big hitters for the night on the tons were Cuong (9), Red (7) and DK (5). BR’s best checkers were Red & David with 4 and Saigon’s best were Kevin & Cuong with 3.

Red stole the show with his all round performance but this was a massive team effort from BR who lifted themselves out of bottom spot with this win. Saigon United have been toppled from the top (by Shaft) but the Division’s championship remains very tight.

Rob, Clive and Colin of Madhouse all recorded 2-zip wins in their singles with Ian and Gordon taking the others. Adrian was Shaft’s only success in individual play. Meaning after Doubles1 and Singles the score was 5-4 in Madhouse’s favour, needing only 1 remaining double to gain a draw, at worst.

However Shaft came back with darts blazing and recorded consecutive wins of 2-0, 2-0 and 2-0. Alex led the way on ton counts hitting 5 with Dave close behind on 4.

There were high checks for Dave (94) and Colin (83). Gordon of Madhouse smashed in a 180 too! This win takes Shaft above Saigon United in the title race.

Traveling heavy with 8 players, PP pushed hard early doors in the deepest darkest south of Saigon, taking the first doubles round 2-1, 2-0, 2-1. BAZ closed the gap down winning the first two singles (Yasha and Marc) but they were seemingly always chasing the Patriots - finding themselves 7-3 down with only two doubles to play.

Mariel and Freddie for PP were undefeated on the night and Marc, Yasha and William from BAZ put up a good show all winning their singles and taking a doubles each.

3rd Division leaders Toro's kept the train rolling along the tracks with a steady, workmanlike effort on the road in Thao Dien. They were hot from start, jumping out to a 6-1 lead by winning the first 4 Singles matches before Linh was able to stop the bleeding by being the only one to claim a Toros scalp in Singles.

Then it was back to business as Toro's kept winning, only dropping one more match as the home venue's royal couple, Tom and Thuy, was able to win their last Doubles.

From the scoreline, this one appeared to be an even more one-sided matchup. But as it actually played out, every single leg went down to checks for both sides. The difference between a veteran team (perhaps a decade or so in SIDL?) and one that's experiencing their first SIDL season was clear to see. ALAYAH was invariably the team whose darts found the sweet spots on the edge of the board first. FC played better than the score, but this ain't horseshoes, and getting CLOSE to the checkout won't cut it.

All first 3 Doubles and the first Singles finished 2-1 to Alayah. Then they got even hotter, winning the next three one-to-ones 2-0 to put them up 7-0, before Mark 'Kooji" claimed the first win of the evening for the hosts by taking down team leader Sam 2 games to nil.

Alayah was out in full force on this night, bringing just about everyone on their roster, and the room was loud with their team spirit as the kept chalking up the W's. Their spirited and balanced team effort saw 8 players tally at least 2 checkouts, and were led by Alan with 4. They also had 8 players hitting tons. Flight Club also hit 11 tons -- including twin high check 110s by Mark and Martin -- a quirky stat on the end of a lopsided thrashing.

Men and Women of the Match: TEAM ALAYAH (no way to single out one from this balancing act!)

The details are fuzzy for this one, as the scoresheet is puzzling and no feedback was offered.

Phattys took the first Doubles 2-1, then kept things moving in Singles, going up 5-2 overall until Ciaran and Daniel Jones won the final 2 matchups. Then, with the score 6-5 in favor of Phattys, and one more leg to play -- things are unclear. The scoresheet shows that Rigga and Rigga (!) won the last match of Doubles to claim the win (but I imagine it was an un-rostered player and not in fact a clone...)