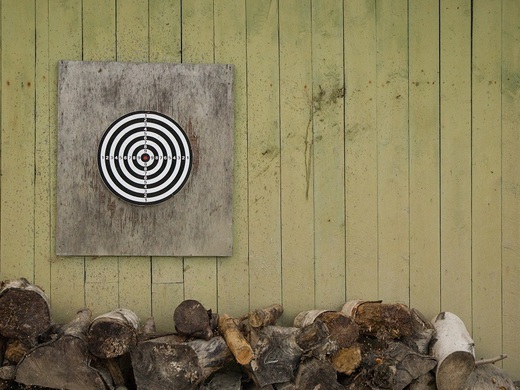 A review of the first couple weeks’ matches, post-Tet (Gameweeks 3 and 4)

Really Rottens took the spoils in a very competitive match, of which must have been tough being on the wrong side. Not taking anything away from a match when you collect 23 tons as a team is hard to stomach, but that’s the luck Mabuhay has dealt with this season.

It was a close one from the start, and stood at 3-2 to RR after the Triples and 1st Doubles. But the match was won in the Singles round, as RR took 4 out of 6, leaving them with the task of needing to claim just one of the final 3 Doubles to get the 3 points. Guppy and Ollie were able to accomplish it, winning 2-1. They both also starred on the night, Ollie with 5 checks, including an 89, and Guppy with 9 tons and a high check of his own. Alex also chipped in with a team-leading 6 checks.

Mabuhay were paced by Neil’s 6 checks and 5 tons, and Cris with 8 tons.

Business as usual for the aptly-named Champs on this evening, who were rewarded for the long trek across town with a balanced team effort. All 6 Nomads checked between 4 and 6 times, proving that’s there are no easy outs when facing them. Bright spots for FS were provided by Henry and G-Max taking their Singles matches, and Paul hitting 11 tons and a 180 in defeat.

Man of the Match: Shea with 9 tons and 5 final darts

BR were welcomed to Dampa with free shots from the hosts - would these prove to be performance enhancing or otherwise? Maybe the effects were just delayed as after Doubles 1 and Singles BR found themselves only 1 behind at 5-4 for Patriots.

Patriots then won all 3 of the games in Doubles 2 and therefore took the match 8-4.

In the ‘top of the table’ clash Saigon took the spoils in a competitive match.

Shaft found themselves 3-0 down after Doubles 1 but then won the first two singles to close the gap courtesy of Hien and Adrian. However they couldn’t keep the run going and were 6-3 adrift starting Doubles 2.

Saigon, needing only one doubles victory to seal the match, left it until the last game when Cuong & Kevin beat Alex & Jamie 2-0.

BAZ carried out a singles bonanza at Brix on Tuesday to chalk up a convincing win against the hosts Madhouse. Having won the first round of doubles 2-1 Madhouse were confident going into the singles games.

However, BAZ stormed ahead taking 5 out of 6 singles with Yasha, Fudgie, Marc and Kiet Tran all winning 2-zip. William took the other win 2-1 over Gordon. Rob Turner taking Madhouse’s only singles point.

BAZ then continued their good form taking all 3 of the final doubles. Marc Marcelo was again a top performer with 6 tons and 4 checks, backed up with solid contributions from the rest of his team. Madhouse’s Rob Turner was on song with 3 tons and 4 checks.  A win that keeps BAZ very much on the tails of league favourites Saigon United and Shaft.

Toro's welcomed back Russ Piatos after a long absence and celebrated with a solid win at The Clubhouse.

Each game was pretty close, and with better finishing, Flight Club could have narrowed the gap. But Toro's were on form on this evening and maintained the advantage throughout. They were led by Ely with 4 checks (including a 105 check-out) and 4 tons, while Russ chipped in with 5 checks.

Man of the Match: in defeat, the only real fightback from the hosts came from Mark 'Kooji', who checked each of the 6 games that he played while mixing in 7 tons.

ALAYAH won a close one at home as Eric and Guru took the final Doubles 2-0 over Mark and Poul. That proved to be the decider, as it would have been left a draw at 6-6 otherwise. It seems that ALAYAH enjoyed a good team turnout, as 8 people registered Checks and 7 players scored Tons on the scoresheet, whereas LSD seemed to be short-handed with 5 players attending.

Man of the Match: Eric Tang: 4 checks, 3 tons, and 2 wins, including the clincher.

Close one, as the hosts Phattys came back with 2 wins in the final doubles to rescue a point, in a "kissing your sister" result.

Dartaholics got hot during Singles, and built their advantage with 4 consecutive wins before Kat Tra stopped the bleeding and started the Phattys fightback by winning the last Singles match. Sheep Shagger and Jessica Lou finished off the draw by sweeping the last Doubles 2 to nil.

Men of the Match: Phattys led by Captain Tom (Sheep Shagger) with 3 wins including 3 checks, while d2 was paced by Peter Prince's 3 tons and 4 checks (including a high check)

Fat Shaggy’s bounced back after last weeks’ defeat to the Nomads by turning the numbers around on their next guests to the bar. It was a solid all-around team effort,

as 7 players made the scoresheet with checks. FS was led by Paul with 7 of those, plus a tidy dozen Tons for good measure.

The traveling Nomads of HCM City kept the streak alive, claiming another victory on the road in Thao Dien. This time they left it late, as the Rottens put up a spirited fight in Singles to close with a shout at taking home a point.

After Mark Mick, Ollie and Guppy triumphed in their Singles matches, it was 7-4 to Nomads with only 3 Doubles to play, giving RR brief visions of snatching a point. But alas, the first 2 Doubles were promptly taken 2 nil each, and that was that.

This D7 clash proved to be a very tight affair with the match taken to the last doubles before BAZ consigned Broken Record to yet another defeat. Marc of BAZ continued his good form in scoring hitting 5 tons over the night while Alan from BR was top finisher with 5 checks.

BR were always chasing the game having only led after the first doubles game. The singles were shared 3-3 leaving the score at 5-4 to BAZ with the last doubles round to play. Needing only one doubles to guarantee at least a point, BAZ’s Fudgie & William recorded a 2-0 win. BR bounced back with a 2-0 win but the last doubles went BAZ’s way, also 2-0.

Both William (BAZ) and Alan (BR) recorded 3 wins from 3. William also chalked up an 82 high check. Alan just about pipped William to MOTM having not dropped a leg and recording more tons / checks.

Madhouse showed real grit in this match but ultimately were narrowly beaten by top of the table Saigon. Singles games were tied 3-3 with Clive, Colin and Steve all recording 2-0 wins over their Saigon counterparts.

The match boiled down to the final doubles games when the hosts trailed Saigon 5-4.

Colin & Rob were successful in theirs, winning 2-0. However, Saigon notched a 2-1 win in the other game and secured at least a point. The final doubles also went the way of Saigon confirming their win and continued dominance in the league so far.

Notable stats for the night were 6 tons a piece for Cuong and DK Nguyen. Cuong also hit 5 checks. Madhouse’s Colin won 2 out of 2 and Rob had another good night scoring, hitting 4 tons.

Shaft’s success was definitely an all round team effort but top dog on the night was Dave Slack, winning all his games (3) and hitting 3 tons and 5 checks along the way. Hien also scored a high check, again, taking out a nice 86. It wasn’t PP’s night but Ryan Frane managed to power in 4 tons.

Toro's cemented their hold on the top spot in Division 3 by taking another match, this time their second of the season vs.  Alayah, who they also defeated in Week 1. But whereas the first match was a rout, this one had more intrique, especially after Jay and Sam won the last 2 Singles matches for ALAYAH to close the gap to 4-5 leading into the Last 3 Doubles.

But the drama was short-lived, as Toro's swept through the 6 games without dropping a leg. Toro's again exhibited good team balance as everyone got involved, and only Ely's 7 tons stood out as he again took home Man of the Match honors.

Flight Club got back in the Win column with a home victory to sweep the season series against Phattys. The Phukkers came into the away match with the bare minimum of 4 players, but a willing bar maid made the numbers more even and helped allow the sides to get on with an entertaining evening out after all.

After falling behing 3-0, Phatty's had a brief window of light as they won the first 3 Singles matches. But then Flight Club's

depth took over, and they were able to take the points behind Tyler Landers' breakout match.

The rookie player hit 4 tons on the way to winning all his matches with 6 checks. Sheep Shagger was one of the bright spots for the visitors, with 6 checks. Another one was provided by the enthusiastic debut of new player Andy, who provided 3 tons and 3 checks.

points in another clutch victory.   The winning side was led by Enda Craddock with 5 tons and 5 checks, and

Man of the Match: Peter Prince (6 checks and 2 tons, one of which was a whopping 154 high check!)